Decatur Bee City And The Initiative for Human Welfare

City of Decatur is recently announced as a safe haven for bees, according to AJC. June 20-26 is designated as time for pollinators which helps in spreading the awareness among them on how to control the declining population of bees, butterflies, birds, beetles and bats. 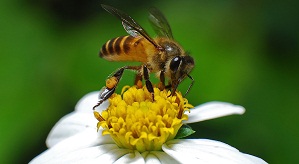 honey bee and flower in the gardens

The residents of the city took the resolution and supported the idea of celebrating the National Pollinator Week which will include hosting of educational events and restoring of sustainable bee habitats.

City of Decatur will also take the initiative to install Bee City USA street sign as a sign of city’s participation in this resolution.

As per Mayor Patti Garrett this plan is for to support the urban gardening. As bees are most important for gardens being a Decatur Bee City is one of the most wonderful way by which city leaders can help in improving their communities’ environment and thus overall economy.

This campaign helps the nation and people in many ways. Firstly it helps in ensuing the survival of animal species which are crucial for planet. In US food crops such as apples, strawberries, blueberries and many more depend on pollinators and this initiative also helps in improving the production of local food through pollination.