A look at Alternative Ancient Remedies for Dental Pain Relief

Across the world right now there has never been more interest in natural remedies for all kinds of health-related issues. Moreover, the green product movement is very much active in the dental industry too. 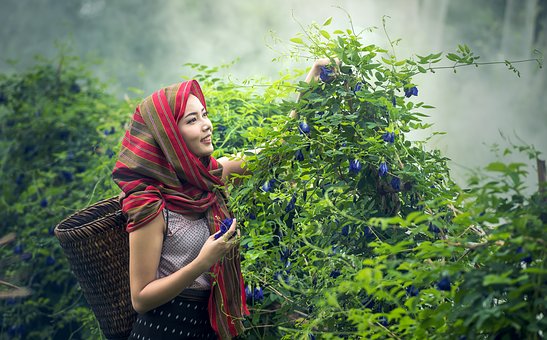 The alternative and complementary medicine industry have been touted to be close to a US$200 billion industry by 2025 from a US$34-billion industry only five years ago. So the growth rate is rapid as we start to look back to look forward in treatments for ailments of all kinds.

The consensus is that people are growing tired of the big pharmaceutical giants, profiting from producing synthetic medicines that tend to act as medicine but somewhat conveniently for them not an actual permanent cure in many cases. While this can be a little unfortunate for the professional dental care in Canberra and around Australia that’s available to everyone, it’s merely a sign of the times.

The reason we are all here today is our ancestors encountered the same issues that we do today, without any synthetic medicine.  As we look for ways in many industries to reduce manufacturing waste in general, herbal and natural medicine is a growing trend and one that is here to stay.

Ask you think more in-depth about this you start to ask:

How did people relieve dental Pain?

What herbs, plants or combinations of the two did they use?

What natural options are available to us today?

Here’s a list of available treatments that were used in ancient alternative remedies.

HONEY – So we start with no surprises, honey is one of the most natural and readily available common remedies and pure honey lasts indefinitely.

It is prevalent with antibacterial and antiviral components. (2) It can help to heal scars and wounds, both in and out of the mouth, while providing moisture it provides a barrier-like protection from infection.

Riga, Latvia was one of the first documented recordings of honey being used in the treatment of gum and tongue sores. (3)

Something that we all suffer during the course of a lifetime and what an inconvenience it can be, all-consuming, making it impossible to think about anything else other than acute pain.

Throughout history, various remedies have been used to counteract the effects.  The nomadic Arab tribes had a whole list of plants they used for treatment as many as 17 in fact. (1)

Thyme Oil or as it can be named in health stores ‘Oil of Thyme’, helps to bring blood to the surface of the skin so can be applied in the cause to relieve a toothache. (4)

GARLIC – (Paste) This is a centuries-old remedy for toothache (5). The easiest way to use it is to mash a clove and add some salt and apply to the throbbing area regularly applying up to three times a day or if you can handle the pungent smell and strong taste of garlic, chewing a clove carefully on the sensitive area can also be effective.

CLOVES – Or as it can be named ‘Oil of clove’ also consists of anti-bacterial agents and is a folklore remedy for toothaches (5). In today’s society Eugenol is used which is an extract from the clove bud itself and acts as a natural analgesic, initially giving you quite a sting it then calms and offers pain relief.

The clove plant itself originated in Indonesia and was brought to Africa many centuries ago.  African tribes were known to coarsely scratch the flower buds once dried, leading to a robust oil that was placed directly onto the affected area.

SAGE – Used a temporary remedy by Italians many years ago originating in Bologna.  Used as a tea for swishing around the mouth using two teaspoons of the herb dried or fresh.  If bagged it can be effective by being placed over the cheekbone of the painful area.

Vinegar, pepper and a paper bag – Sounds more like a magic trick is about to happen than a remedy.  However, this is an old cure that sees a small piece of the brown paper soaked in the vinegar and pepper applied to one side. In most cases, the relief comes from the warm sensation and help with flare-ups. (1)

GINGER – Ginger was especially popular in Hawaiian folklore (6) The focus was on the root that has many healing properties.  Shaping the gingerroot by biting on this, overtime produces saliva and acts like a marinade to relieve the pain. (1)

CHAMOMILE – Chamomile tea has been used in the past also.  Placing the tea bag in boiling to water, removing the bag and placing it on the outside on the cheekbone repeatedly.

ANISE – Anise seeds were widely used, and a favourite of the Egyptians who regularly chewed it for toothaches and used for various gut, intestinal and digestive remedies, and even headaches. (1) A first-century physician, was known for recommending boiling seeds after bruising them, then straining them to make tea.

MARJORAM – Widely used in Italian cookery was also used for toothache. (7) Records of Aristotle’s apprentice Theophrastus before 287 BC indicates that the Egyptians has used Marjoram for hundreds of years for toothaches.  It’s commonly known to have still been used within the last century in Western Asia. Jews living in Palestine used to use it in drop form dropped directly into cavities for relief. (8)

ONION – Fried.  The Russians had a remedy similar to acupressure by wrapping a fried onion in cloth. The theory was if the toothache was on the right-hand side of the mouth the wrapping was placed over the right wrist, and likewise for the opposite.  When the pain was in the front of the mouth, the wrap was placed in the thumb joint, sometimes of both hands.

CAYENNE – Cayenne has multiple uses and is widespread through the Americas and the Caribbean. Cayenne as a whole is packed full of vitamins and nutrients but can really pack a punch when it comes to pain relief. It has been claimed to eradicate the pain completely. (9) By removing the top of the pod and the seeds, and filling it with wine vinegar and salt, it bakes in an oven until the vinegar boils.  Once removed cotton is used to dip into the vinegar and apply to the tooth instantly and the treatment continues as long as necessary.

WITCH HAZEL- Widely used by the Native Americans and taken up by settlers in the United States (10) a cloth is immersed in tea made with witch-hazel and is purported to reduce swelling in the mouth and also is effective in lowering blood loss after tooth extraction.

If like most people the dentist chairs is not an appealing thought for you, think about our ancestors for a moment, they certainly didn’t have the luxury of choice.  Why not take a keen interest in alternative medicines and options, you never know what might work and if all else fails, there’s your local dentist in Canberra just around the corner, they know a thing or two about fixing that toothache also.

Carl is an experience blogger of 9 years, is a keen health and sport enthusiast, associated with Weston Dental, a well-respected Canberra dentist.