Though holistic dentistry is not a new practice, many people still have questions. It is these questions that will be addressed in this article. 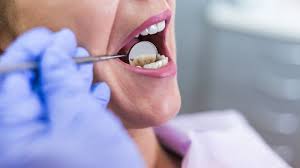 Why holistic dentists don’t use dental amalgam or silver fillings

Holistic dentists do not use dental amalgam because it contains mercury, which is a very toxic material.

Research has proved that though dental amalgam only contains low levels of mercury, it can still be harmful to health. Mercury can still lean from the fillings and cause harm to the body.

It is for this reason that your holistic dentist will not recommend the use of such fillings.

Materials used by holistic dentists in the place of dental amalgam

Most holistic dentists use composite resin in the place of dental amalgam. In some other instances, porcelain or gold might also be used.

These materials are considered safer than dental amalgam since they do not contain any harmful substances.

Many dentists believe that porcelain is the safest material to repair teeth.

This is because; it is a bio-compatible material that does not seem to contain any harmful substances.

Porcelain is even safe for people that have issues with plastic given the fact that it is mainly made up of glass. In addition to being safe, porcelain is also strong and durable.

All in all, porcelain is a good material for tooth repair.

There are also a few reports that have shown that people who have had amalgam fillings removed have shown improvements in health.

The amount of mercury in amalgam fillings is relatively small, but not altogether negligible.

Since amalgam fillings will constantly leak mercury into your system, you are bound to have a few health complications.

Mercury is a heavy metal, so it is not easily removed from the body.

Rather, the more it leaks into the body, the more it accumulates in parts like the lungs, liver, brain, spinal cord and other major organs.

Should amalgam fillings be replaced

When many people hear about the dangers of amalgam fillings, they often ask if they should replace them with other materials?

It will be rare that a holistic dentist will recommend that you remove your amalgam fillings.

What most holistic dentists will do is recommend that in case you need your filling replaced, do not use amalgam.

The removal of amalgam fillings does not come with a promise of improved health. However, if you are having any trouble with your fillings, be sure to contact a health practitioner.

If you have made the decision o have your amalgam fillings removed, you need to know that there are a few risks that are associated with the procedure.

According to a dentist in Bronx, New York there are numerous removal procedures that can be used, but it is vital that you have the removal done by a qualified dentist.

Hiring a well experienced dentist should be therefore your top most priority so that you can get the quality service you desire.